What factors should be considered in PCB substrate selection? 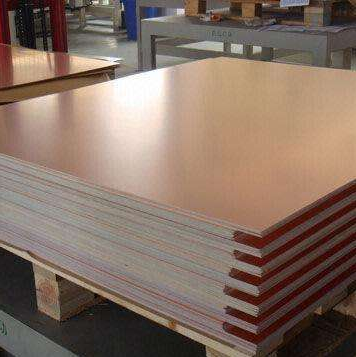 It is very common for PCB factories to have no inventory, even for many conventional FR4 boards. At this time, in order to meet the delivery time, many board factories or marketing personnel will negotiate with customers, "can we change materials with the same performance level?" The customer will ask back, "which one to change? How to ensure performance matching? " Often it's time for us to show up again!

1?? Electrical properties are mainly dielectric constant (DK) and loss angle (DF)
DK is the abbreviation of dielectric constant, which is a coefficient representing the insulation capacity characteristics, expressed by the letter ε. In engineering applications, the dielectric constant is often expressed in the form of relative permittivity rather than absolute value. Common applications include calculating impedance and time delay.
DF is the abbreviation of disputation factor, which is the tangent of phase difference angle between strain and stress period under the action of alternating force field, which is also equal to the ratio of loss modulus and storage modulus of the material (generally speaking, it is the ratio of the energy lost in the insulation plate in the signal line to the energy in the remaining line). The loss is closely related to DK & DF, and the approximate formula for dielectric loss is as follows.
A=2.3*F*Dk*Df
Where a is the unit inch loss (dB / inch), f is the frequency (GHz), DK is the relative dielectric constant, DF is the loss factor;
Of course, there are other factors that affect the final loss. This formula only evaluates the dielectric loss per unit length from the perspective of the medium itself. The data of electrical characteristics can also be obtained through the material specification.

TG value is the abbreviation of glass transition temperature, i.e. glass transition temperature. It is the temperature at which glass state substance transforms between glass state and high elastic state (usually called softening). In PCB industry, this glass state material generally refers to the medium layer composed of resin or resin and glass fiber cloth. The TG requirement of common TG plate is greater than 135 ??, the medium TG requirement is greater than 150 ??, and the high Tg requirement is greater than 170 ??. The higher the TG value, the better the heat resistance and dimensional stability. Generally, there are different test methods for TG value, such as DMA, DSC and TMA. The test results of different test methods may be different, so we generally compare the TG value of different materials under the same test method.
TD value, also known as thermal decomposition temperature, refers to the temperature at which the base resin loses weight by 5% when heated. It is a sign of delamination and performance degradation of PCB substrate caused by heating. Generally, TGA test method is used. The higher the TD value, the better the material stability (which is also relatively speaking).
CTE is the abbreviation of coefficient of thermal expansion, also known as thermal expansion coefficient. Generally, the linear expansion coefficient is used to measure the performance of PCB board, which is defined as the ratio of the increase of length to the original length under unit temperature change, such as z-cte, which ultimately affects the change size of the board thickness. The lower the CTE value, the better the dimensional stability, otherwise the worse.
T288 is a technical index reflecting the welding resistance of PCB substrate. It refers to the longest time for the substrate of printed board to withstand high welding temperature without blistering and delamination at 288 ??. The longer the time, the better the welding.
T260 / T300 also means the same thing, but the temperature index is different, so we will not explain it here.

Physical properties are water absorption, peel strength, bending strength and flammability. In addition to some parameters mentioned above, some material parameters may be hidden and may not be found in some manuals, but they have to be considered, such as CAF resistance and CTI.

Caf is the abbreviation of conductive anodic fiber. It refers to the electromigration chemical reaction of metal ions in non-metallic medium under the action of electric field, thus forming a conductive channel between the anode and cathode of the circuit and causing the circuit short circuit. With the rapid development of electronic industry, electronic products are light, thin, short and miniaturized. The hole spacing and line spacing of PCB will become smaller and smaller, and the circuit will be more and more fine. As a result, the ion migration resistance of PCB becomes more and more important.

CTI, the abbreviation of comparative tracking lndex, refers to the maximum voltage value that the surface of the material can withstand 50 drops of electrolyte (0.1% ammonium chloride aqueous solution) without forming leakage trace, and the unit is V.

1. EU ROHS directive
It is mainly used to standardize the material and process standards of electronic and electrical products, so as to make them more conducive to human health and environmental protection. The purpose of the standard is to eliminate lead (PB), cadmium (CD), mercury (Hg), hexavalent chromium (Cr6 +), polybrominated biphenyls (PBBs) and polybrominated diphenyl ethers (PBDEs) in electrical and electronic products, and the content of lead should not exceed 0.1%. The standard has been formally implemented on July 1, 2006, so many PCB welding also need lead-free, which is based on environmental protection considerations.
2. WEEE instruction
Directive on scrapped electrical and electronic equipment
3. EU REACH regulation no SVHCs
It is the EU regulation on the preventive management of all chemicals entering its market. It has been officially implemented on June 1, 2007.
In addition to the above common environmental protection directives and regulations, some countries and regions have relatively strict restrictions on halogen-free materials, so a lot of halogen-free materials have emerged. Now, many high-speed plates have gradually produced plates with halogen-free requirements, such as tu862hf, it958g, it988gse, etc.
Related Articles
Application
PCB Fabrication
Application
PCB Fabrication
contact us