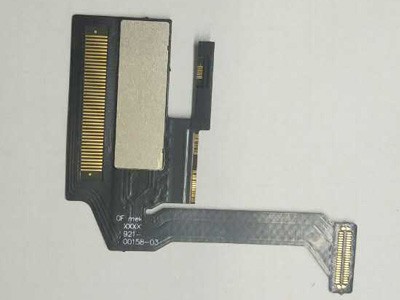 After the double-sided PI board copper-clad board material is used in the double-sided circuit, a protective film is added on both sides to form a circuit board having a double-layer conductor.

The Structure of the Double-layer FPC

First drill holes in the substrate and copper foil, after plating, a certain thickness of copper is plated, and the via holes are completed. The subsequent production process is almost the same as that of a single layer.

Double-panel structure: Both sides of the double-sided panel have pads, which are mainly used for connection with other boards. Although it is similar to a single-layer structure, the manufacturing process varies greatly. Its raw materials are copper foil, protective film + transparent plastic. First, drill holes on the protective film according to the position of the pad, then paste the copper foil, etch the pads and leads, and then attach another protective film with holes.

FPC is mainly used in the connection parts of electronic products, such as mobile phone cable, liquid crystal module, etc. Compared with the PCB, it is smaller and lighter, and can realize bending and flexing, three-dimensional assembly and the like. Most of the FPC should be labeled with components.