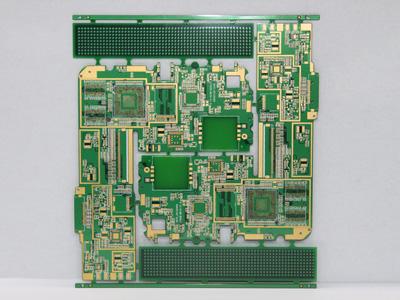 At a certain frequency, the resistance of a high frequency signal or electromagnetic wave in the propagation of a signal line of an electronic device relative to a certain reference layer is called a characteristic impedance, which is an electrical impedance, an inductance, resistance, capacitance resistance... a vector sum.
The characteristic impedances commonly found on Impedance Control PCBs are: single-ended impedance, differential impedance, and coplanar impedance.
Single-ended impedance: refers to the impedance measured by a single signal line.
Differential Impedance: Refers to the impedance tested in two equal-width, equally spaced transmission lines for differential driving.
Coplanar impedance: The impedance measured when the signal line is transmitted between GND / VCC (signal line to its GND / VCC spacing is equal).

The impedance linewidth tolerance of our Impedance Control in PCB is normally controlled by ± 10%, and the minimum can be controlled to ±8%.In order to reduce the production cost, if the signal requires impedance deviation of ±10%, then we do not need to require the board factory to produce according to ±8%, resulting in unnecessary cost increase.