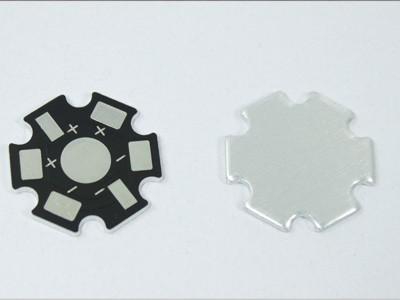 Aluminium Core PCB is a metal-based copper clad laminate with good heat dissipation function. Generally, the single panel is composed of a three-layer structure, which is a circuit layer (copper foil), an insulating layer and a metal base layer. Also used for high-end use is designed as a double panel, the structure is circuit layer, insulation layer, aluminum base, insulation layer, circuit layer. A very small number of applications are multi-layer boards, which can be made of ordinary multi-layer boards combined with an insulating layer and an aluminum base.

The Following Table Presents Some of Our Aluminum Core Materials:

Welcome to custom high quality Aluminum Base PCB Board from PCB MANUFACTURER CHINA.